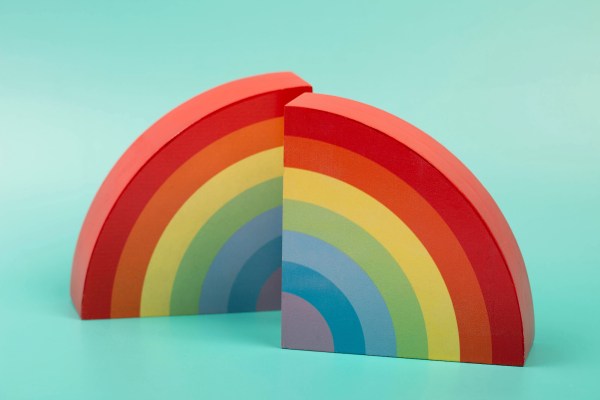 Founders have gotten the memo that the ground is shifting under their feet right now. What to do about it is the question. Already, teams are making plans to scale back their spending to preserve capital. They’re making painful staff cuts toward that same end – or else instituting hiring freezes.

But they should also be thinking a lot harder about building relationships with bankers and the larger companies that might conceivably be interested in acquiring their startup, says two attorneys who work on both the ‘buy’ and ‘sell’ side of transactions, with both large companies and venture-backed outfits, and who both have more than 20 years of experience.

Indeed, to better understand some of the options founders may have, we talked earlier today with Denny Kwon and Scott Anthony, both of whom represent the white shoe law firm Covington & Burling (where former U.S. Attorney General Eric Holder is also an attorney, among other famous lawyers). They answered a range of questions that we thought startups might be wondering about right now. Our chat has been edited lightly for length.

TC: How much has the world changed in the last few weeks?

DK: There is certainly a feeling of more pressure on sellers to get deals done as quickly as possible in light of the fact that there’s a lot of market volatility right now and they do not know how buyers may be reacting to a significant decline in their stock price. Smaller companies are also facing the prospect of a slightly more challenging fundraising market, so alternatives for them are narrowing.

TC: Given that public shares are so volatile right now, are acquirers more or less inclined to offer equity as a component of a deal?

DK: It’s much more challenging to price deals with a significant stock component in this market. With any volatility, you do not get a clear sense of the inherent value of a share, so all-cash deals are much more favorable to targets.

TC: Are targets in a position right now to make demands? How much leverage does a startup with dwindling options really have?

DK: Whenever we see volatile markets, where valuations were incredibly high [and are] being reset, it always takes time for sellers expectations to reset as well, so although they may be a temporary [lull in activity] because of the market, if there’s a ‘normalization’ that’s to come, we’ll probably see M&A activity, especially where valuation expectations are reduced on both the buyer’s and the seller’s side.

My sense [right now] is that buyers may view the market correction as being potentially opportunistic but sellers may not have the same expectations because they may hope for a rebound in the near future. Once seller expectations come down and they continue to hear from VCs that funding may not be as available as it was 6 to 12 months ago, they’ll be even harder pressed to turn away acquisition offers that come in.

TC: Are you seeing deals being yanked as buyers look to reprise earlier agreements to the benefit?

DK: The pending deals I’m working on are continuing apace.

TC: We’re all hearing – and reading – about very steep valuation drops already. Do you have any sense of how much value your clients have lost in recent weeks or whether certain sectors are getting hit harder than others?

SA: Certainly there’s valuation pressure, but it’s hard to gauge that. Certainly, we have companies that were racing to close valuations [before Russia invaded Ukraine] spirit [that period since] has changed everyone’s expectations. I think there’s concern on the company side that investors are sitting out and that’s driving valuations down.

Companies with revenues and good prospects will weather any downturn better – they always have. Sector wise, it will depend, but the whole stablecoin [debacle] has not helped the crypto stuff.

TC: How big a concern are antitrust regulators to your bigger clients?

DK: It’s top of mind for all practitioners, but there’s a dichotomy in that some transactions are reportable and others are not. For those that are reportable – the threshold is approximately $ 100 million – we’re spending an incredible amount of time analyzing the potential for regulatory issues.

TC: How long does an M&A process take, and at what point do both sides agree on a price?

DK: From that initial approach from an acquirer, the time period can vary from a few weeks if there is alignment right away, up to several months if the target company wants to see if there is other interest. A lot depends on how compelling that first offer may appear. Once you get to a handshake on a valuation, it’s usually a six- to eight-week process to get a signed definitive agreement.

SA: If the [startup] is the one that is making the decision to find a buyer, then the process – maybe they hire bankers, maybe they use board members’ connections to reach out to strategics – the process and timing can be very different depending on how quickly they need the money and how quickly they can get potential buyers interested. . . and the size of the company, but buyers are still going to run their diligence process.

TC: Let’s assume M&A will be a more significant factor, given the cooling funding environment. If you were to advise a startup on the pros and cons about proceeding, what points would you make?

DK: Many companies at an inflection point that need to raise money to fund their growth or expansion are going to have a difficult decision to make, which is to either raise a new round where the valuation may not meet their expectations or [where they see a lot of dilution]or an M&A exit, where they see proceeds now but lose out on [potential] upside.

TC: Should startups that are open to selling be reaching out to anyone, or should they wait to see who approaches them? Some might worry their startup’s value will drop as soon as they indicate a willingness to sell.

DK: I’d be advising startups to talk to bankers and keep relationships up with people at the larger companies they know simply because we may be in for a longer-term correction, where funding becomes even more challenging than it has been over the last couple of months.

SA: Having relationships with the bankers is prudent so if you have to check the market, you have those relationships already. Also, keeping in touch with customers and bigger strategic partners that would be natural buyers for the company could short-circuit any kind of sale process later.