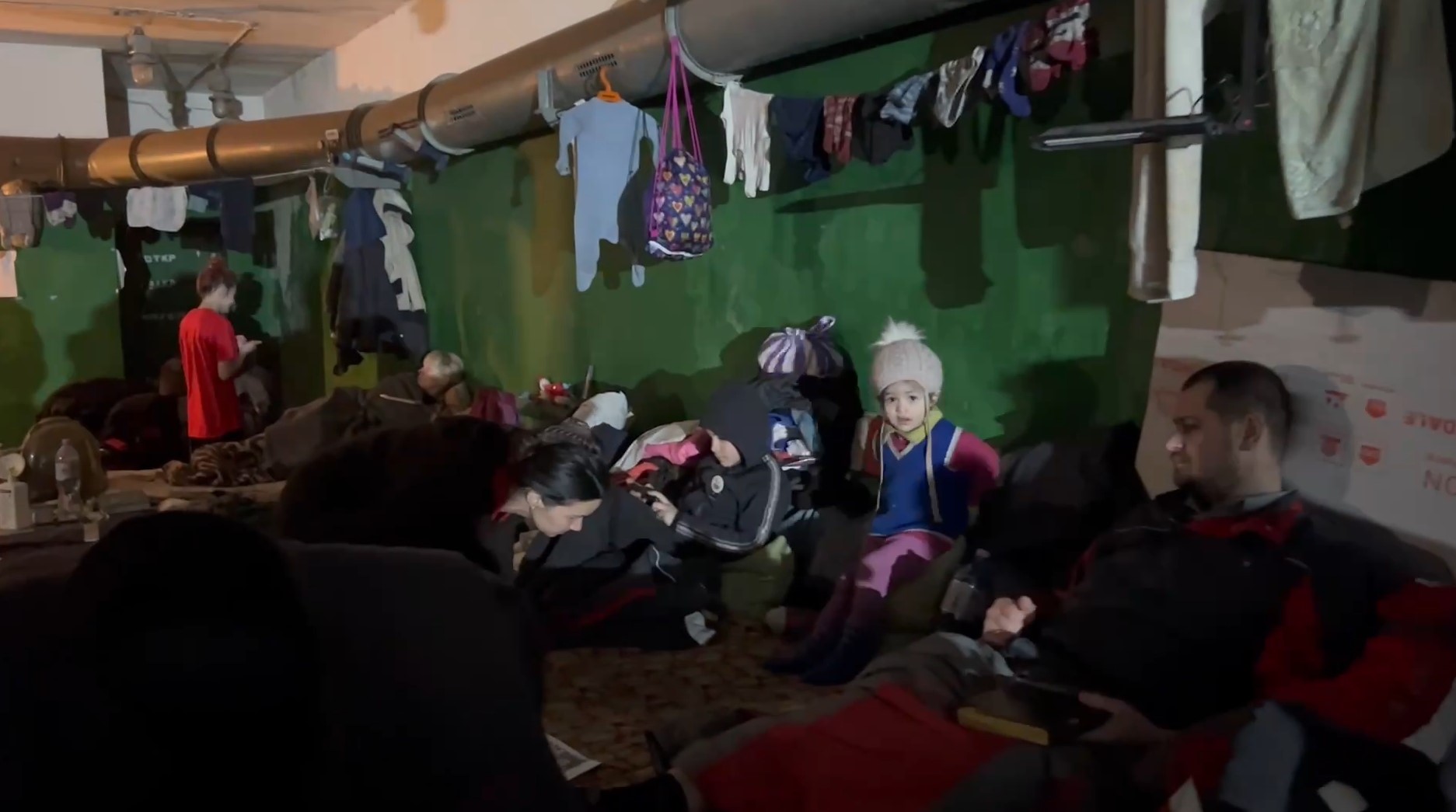 Putin has declared that Russian forces have “liberated” Mariupol, but the situation in the besieged port city remains confusing as Ukrainian officials have denied that the city has fallen to Russia.

As the barrage of Mariupol continues, the Azovstal steel plant has become one of the last significant holdouts of Ukrainian forces.

The sprawling industrial complex is sheltering hundreds of soldiers and civilians.

“They spent the night in Berdiansk and are now heading to Vasylivka,” Vereshchuk said in a statement on Telegram.

However, officials say tens of thousands of civilians remain trapped in Mariupol.

The co-commander of one of the Ukrainian units encircled in the port said the city remains under heavy bombardment.

Maksym Zhorin, co-commander of Ukraine’s Azov regiment, said in televised remarks that Russian forces “have not stopped shelling areas of Mariupol” amid negotiations on so-called “green corridors” for evacuation from the city, limiting the number of people who can be evacuated.

Call for weapons for Ukraine: The vast majority of the southern city has been either destroyed or badly damaged. Photos and drone footage show there is hardly a street left untouched by the war, while the relentless bombing has made it uninhabitable.

Ukrainian President Volodymyr Zelensky said Wednesday that the country’s forces do not have enough “serious and heavy” weapons to defeat the Russian army in Mariupol.

He outlined two potential ways to end the standoff in the city: “First, it involves serious and heavy weapons […] at the moment we do not have enough of these weapons to free Mariupol. The second path is diplomatic. So far Russia has not agreed to this. ”

“We do not know when we can unblock Mariupol. And I say this openly, that all the boys in Mariupol want our victory, they want a free city, none of them are going to surrender to the enemy. This is their internal feeling, this is what they are, “he added, speaking alongside European Council President Charles Michel in Kyiv.”

Zelensky also said that the fate of the “few thousand” Ukrainian civilians who fled the besieged city of Mariupol through evacuation corridors to territories under Russian occupation is not currently known.

Two top Ukrainian officials said they were ready to head to Mariupol to negotiate the evacuation of soldiers and civilians, according to a captain with Ukraine’s Azov Regiment.