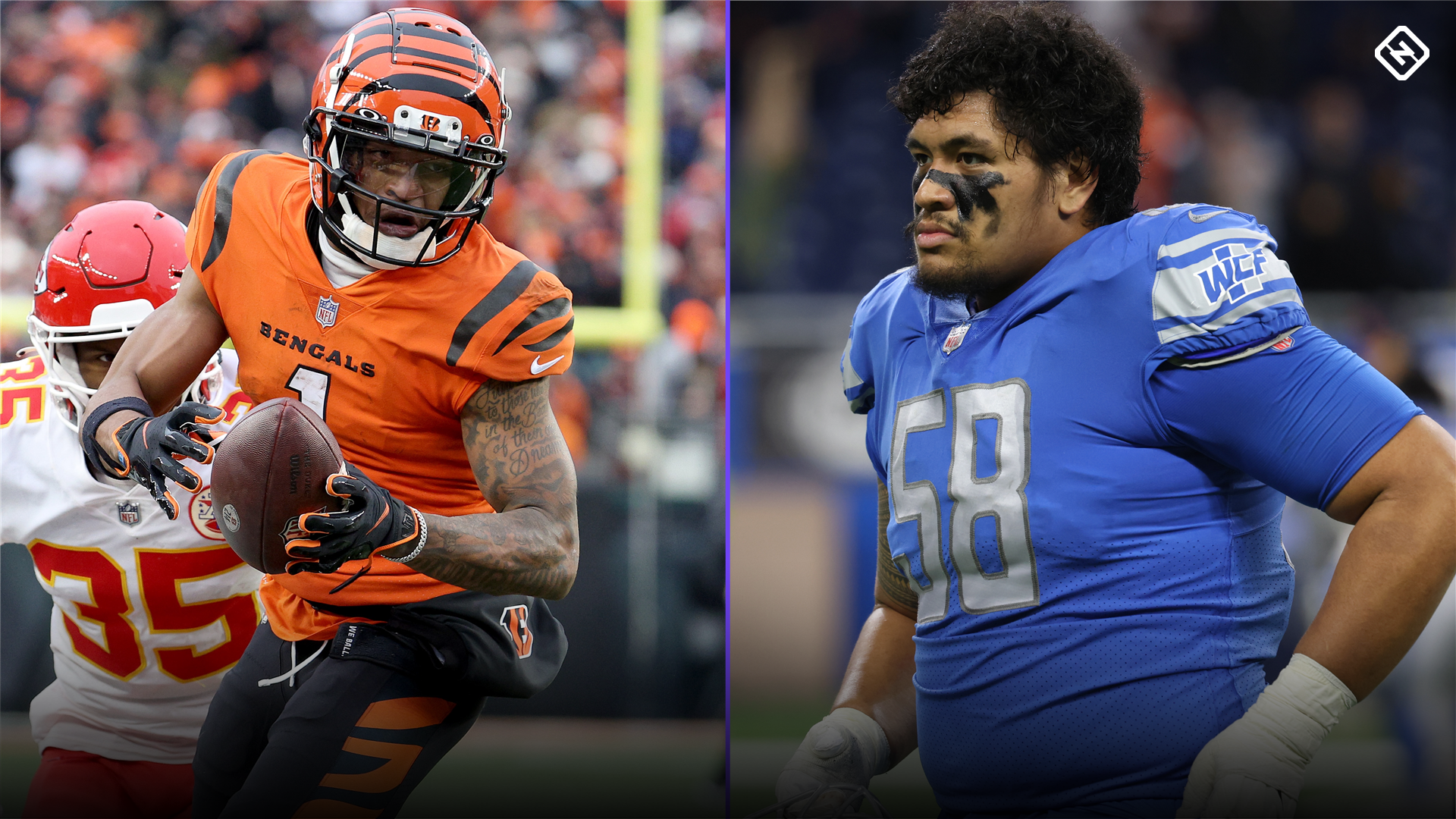 The Bengals’ biggest need going into the 2021 NFL offseason was apparent. They needed to add talent to their offensive line, or they might risk turning Joe Burrow into the next David Carr.

Burrow was sacked 32 times in 10 games as a rookie. That 3.2-sack-per-game pace meant he would have been sacked 51 times had he been able to play a 16-game season. However, he tore his ACL in Week 11 against Washington, so he never got the chance to do that.

With Burrow recovering from that injury, it was presumed that the Bengals would emphasize finding upgrades for their offensive line early and often during free agency and the 2021 NFL Draft. After all, they were armed with the No. 5 selection in the draft and stud tackle prospect Penei Sewell was expected to be available with that pick. It was a no-brainer for Cincinnati, right?

Turns out it wasn’t. The Bengals instead opted to use the fifth pick on LSU receiver Ja’Marr Chase. He had sat out the 2020 college football season, like Sewell, but was projected to be one of the best receivers in the draft. He also had a connection with Burrow from their time together at LSU, so that played a part in the selection as well.

We know that Chase has panned out for the Bengals, but why did they select him over Sewell? Here’s an answer to that question, as well as a breakdown of what the Bengals’ offensive line looks like as they prepare for the AFC Championship Game.

Why the Bengals drafted Ja’Marr Chase over Penei Sewell

As Albert Breer of the MMQB detailed after the draft, the Bengals’ debate between Chase and Sewell was “extensive.” However, the Bengals assessed their Day 2 receiver and offensive line options compared to the duo and came away convinced that Chase was the right selection.

Why? Because the Bengals were confident Chase would be a true, No. 1 receiver at the NFL level.

The Bengals saw Chase as capable of being a true X receiver, who was consistently productive in the biggest games and against the best competition LSU played in 2019. His hands, awareness and ability to win in 50-50 situations (understanding the nuances of route running, when to show his hands, etc.) were all A-plus. And he got a nice recommendation from his ex-Tigers teammate too.

It also helped Cincinnati’s cause that Burrow was a big fan of Chase. He provided extensive information about playing with Chase, which proved helpful in evaluating Chase after the receiver sat out the 2020 season due to the COVID-19 pandemic.

Burrow told the Bengals staff that in the offseason leading up to LSU’s national title run, “If I was doing something extra, Ja’Marr was always with me doing something extra,” which helped ease any questions on Chase’s opt-out year. Burrow also fielded a direct question from the Bengals’ staff: On a scale of one to 10, if we drafted Chase, how excited would you be? “Ten,” Burrow answered.

With an endorsement from Burrow wrapped up and their own scouting process complete, the Bengals were comfortable rolling with Chase, eschewing Sewell and addressing their offensive line later in the draft. They ended up spending three picks on offensive linemen while Sewell dropped to the Lions at No. 7 overalls.

That said, the Bengals’ offensive line has still been a bit of a problem and could prove to be the Achilles heel of this Bengals team.

How Bengals’ offensive line performed in 2021

The Bengals attempted to improve their offensive line during the 2022 offseason and had some success in doing so. They signed Riley Reiff as a free agent to start at right tackle and spent three draft picks on players – guard Jackson Carman (second round), tackle D’Ante Smith (fourth round) and center Trey Hill (sixth round) – to try to give them depth and upside.

The team also got left tackle Jonah Williams back after he missed the final four games – and six overall – in 2020 while battling a knee injury. His presence was supposed to help Burrow as well.

That said, the Bengals’ line still had issues protecting Burrow. They allowed him to be sacked a league-high 51 times, the same pace he was on as a rookie. So, what went wrong? A little bit of everything.

The worse side of the line was the right side. They were OK when Reiff was healthy, but Isaiah Prince replaced him after the former suffered a season-ending ankle injury. Prince has graded as PFF’s 77th-best tackle out of 83 this year and committed a whopping seven penalties in just 384 snaps.

His counterparts – right guard Hakeem Adeniji and center Trey Hopkins – have not been better. Adeniji grades as the 78th-best guard among 83 graded guards while Hopkins is 36th out of 40 graded centers, per PFF.

However, even despite the struggles of the right side of the line, none of the rookies have been able to earn bigger roles. The biggest disappointment is that Carman has not been able to be more than a primary backup. The Bengals were hoping he could lock down a right guard or even tackle spot, but the second-round pick struggled in his five early-season starts before being relegated to a backup job. He has fared well as a sixth offensive lineman and has a bright future, but he has not been what the Bengals have needed now.

As such, it looks like the Bengals still need some significant upgrades on their offensive line. They can count on Williams, Spain and probably Carman next year, but right tackle and center are still sore spots for them.

Despite the Bengals’ offensive line struggles, they certainly would not – and should not – regret their selection of Chase. He has been a dynamic playmaker and may well be the best receiver in the NFL before his rookie contract is up.

Would Sewell be an upgrade at right tackle? Sure, and like Chase, he played well as a rookie. However, there were some speed bumps for Sewell in the form of 11 penalties (second-most among tackles) and five sacks allowed. He may have been better blocking for a better quarterback in Cincinnati, but the team’s offense would have been much less explosive without Chase.

The Bengals’ offensive line could ultimately be what knocks them out of Super Bowl contention. After all, the NFL’s most-sacked quarterback has never won a Super Bowl before, so the Bengals doing so would buck a major trend. Also, the Bengals surrendered nine sacks against the Titans – tied for the most a winning team has ever given up in a playoff win with the 1967 Buffalo Bills – so it’s not like they’ve improved their blocking during this postseason run.

So, the Bengals will certainly look to invest more resources into their offensive line during the 2022 offseason (whenever that may come for them). However, no matter what happens, they will not bemoan the fact that they did not take Sewell over Chase. It may have looked like a questionable pick at the time, but it certainly panned out for Cincinnati.