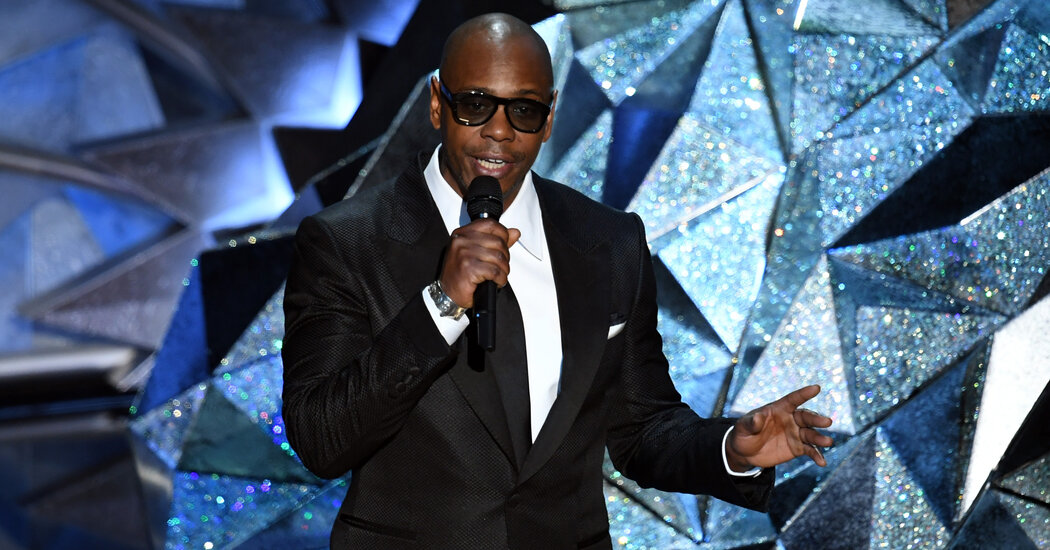 Dave Chappelle has had an outsize influence on Yellow Springs, Ohio, in recent years, attracting A-list celebrities to outdoor comedy shows and parties he organized in the village, which is home to some 3,700 people. But this week, he exchanged glitz and glamor for the staid procedures of a Village Council meeting.

Mr. Chappelle attended the three-hour virtual meeting on Monday to oppose a new housing development that had been set to include affordable housing. His appearance at the meeting has raised questions about why one of the most famous comedians in the world is involved with a small-town zoning battle.

What actually happened on Monday?

The Village Council held a meeting to allow residents to comment on an update to an existing plan for a housing development before the Council voted on the changes.

The revised plan would have included duplexes, townhouses and 1.75 acres of land reserved for affordable housing in a development that was originally going to include only 143 single-family homes, according to a memo from Brian Housh, the Village Council president.

The Council worked with Oberer Homes, the developer, to make the changes. But on Monday, the changes fell through in a 2-to-2 vote, with one member recusing himself because of a potential conflict of interest. As a result, the original single-family home plan stood.

Monday was not the first time Mr. Chappelle shared his concerns.

Opposition to the development has been bubbling in recent months, with residents expressing concerns about how it would affect the community’s traffic, environment and culture. Among those residents was Mr. Chappelle, who, at a meeting in December, said he would pull his investments in the village if the deal went through, according to The Yellow Spring News.

His investments include a planned restaurant and comedy club that the Yellow Springs Planning Commission approved in September.

George Oberer Jr., the chief executive of Oberer Homes, said on Thursday that the development borders a home that Mr. Chappelle owns. Mr. Oberer said he had spoken with Mr. Chappelle about the plan in 2020 “out of respect,” since people are often unhappy to learn that land near their home is being developed. Mr. Oberer also said he was not aware of any efforts to block the development until the plan was altered, at the Council’s request, to include affordable housing options.

Speaking from a ballroom in the Mills Park Hotel on Monday, where dozens of residents had gathered to oppose the plan from the same video feed, Mr. Chappelle reiterated his threat to pull his investments and asked why the Council was pursuing the plan “while it kicks out a $ 65 million-a-year company.”

“I can not believe you would make me audition for you,” Mr. Chappelle said in a video shared by The Dayton Daily News on Tuesday. “You look like clowns.”

“I am not bluffing,” he continued. “I will take it all off the table.”

Carla Sims, a spokeswoman for Mr. Chappelle, said in a statement on Thursday that Mr. Chappelle did not oppose affordable housing.

“Neither Dave nor his neighbors are against affordable housing,” Ms. Sims said. “However, they are against the poorly vetted, cookie-cutter, sprawl-style development deal which has little regard for the community, culture and infrastructure of the Village.”

Ms. Sims did not respond to a question about whether Mr. Chappelle would pull his money from Yellow Springs, now that the village is once again pursuing the original plan.

Max Crome, an adviser to Mr. Chappelle’s real estate company, Iron Table Holdings, said in a statement that the Council could still stop the deal, but the village zoning administrator and Mr. Oberer said that was not accurate.

This is, in many ways, normal.

The tensions at Monday’s meeting echoed those at zoning battles across the United States, where efforts to create affordable housing conflict with demands from housing developers, wealthy business owners and residents wary of change.

Yellow Springs Home Inc., a group that has created 40 affordable homes in a community land trust in the village, said last month that it was not taking a position on the development.

One resident who supported the revised plan was Ellis Jacobs, a lawyer at Advocates for Basic Legal Equality, a nonprofit law firm in Ohio that represents low-income people.

Mr. Jacobs said on Thursday that he wished the plan had created even more affordable-housing options and that some of the people who opposed the plan felt the same way.

There have previously been successful efforts to expand affordable housing in the community, Mr. Jacobs said. Yellow Springs was one of the first jurisdictions in the state to allow people who were facing eviction to stay in their homes if they found the money that they owed during the eviction process – a move known as a pay-to-stay ordinance. The city was also one of the first in the state to block landlords from discriminating against tenants based on where the money they use to pay rent comes from, Mr. Jacobs said.

Marcus Roth, a spokesman for the Coalition on Homelessness and Housing in Ohio, said a majority of efforts to bring affordable housing to communities face pushback from residents. That resistance, often called Nimbyism – since it is animated by a philosophy of “not in my backyard” – is one of the main reasons there is a shortage of affordable housing in the United States.

“All that public pushback, it kills these kinds of projects, it shows how difficult it is to get homes for lower-income folks built,” Mr. Roth said. “And these kinds of battles, they delay the process – if they do not kill them – and they lead to these legal battles that drive up costs; they make local officials much more timid. ”