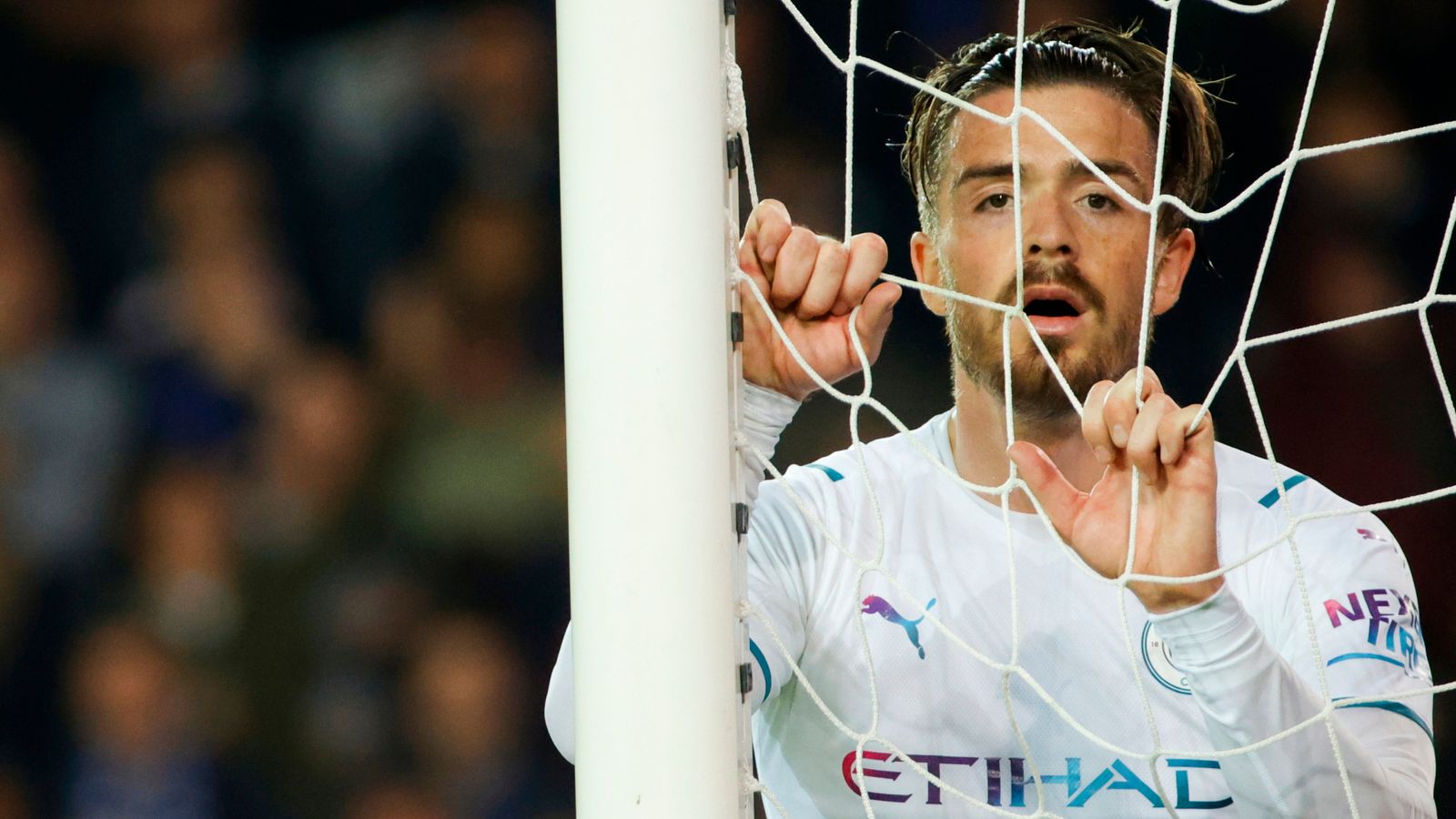 Once again, Jack Grealish is joining up with the England squad with a point to prove.

The forward was a fans’ favorite at last summer’s Euros – but there was frustration his game time did not correlate with his popularity in the stands.

Following his £ 100m move to Manchester City after the tournament, he finally became a go-to selection for England boss Gareth Southgate for the priority World Cup Qualifiers against Hungary, home and away, and Poland.

Yet, at the start of this World Cup year, an underwhelming first campaign at City has left him vulnerable to slipping out of Southgate’s first-choice XI once again.

Two goals and two assists in the Premier League is undeniably a disappointing return from British transfer record-breaker Grealish.

The five other players vying to play off striker Harry Kane in this current England squad each have more goal involvements in the top-flight this term. So do the left-out Jadon Sancho, Marcus Rashford and injured Jarrod Bowen.

This is an area of ​​the pitch where Southgate has options, and competition to make the cut is fierce.

Perspective needs to be kept on Grealish: he remains an outstanding player, with a unique style. And for the second season running, Bruno Fernandes is the only player in the Premier League who creates chances from open play more frequently.

But in and around the opposition box, Grealish has not been as sharp as many would have expected him to be with City.

Despite his touches in the penalty area increasing – 6.9 per 90 minutes at Villa last season to eight at City – he has only created four clear-cut chances, according to Opta’s definition, while his own finishing has been wasteful.

Grealish has converted just two of his eight big chances. His shot conversion rate has dropped from 12 per cent at Aston Villa last season to 5.9 per cent this term.

It’s form which recently had Sky Sports’ Jamie Carragher suggesting Man City may have been better off spending their money on Harry Kane last summer.

“Would Harry Kane have made the difference?” asked Carragher, after City’s goalless draw at Crystal Palace, which let Liverpool back into the title race. “I always said in the summer that I was surprised they did not spend the money they did on Jack Grealish on Harry Kane.

“I did not feel City particularly needed Grealish; he’s obviously a quality player but with [Phil] Foden, Bernardo Silva, Raheem Sterling able to play there, it probably was not the right choice. “

I did not feel City particularly needed Grealish; he’s obviously a quality player but with [Phil] Foden, Bernardo Silva, Raheem Sterling able to play there, it probably was not the right choice.

But it’s Grealish’s role in attack with Kane which will come under the microscope this week, with the friendlies against Switzerland and Ivory Coast a precursor to this summer’s Nations League games and the lead-in to the World Cup in November.

Team-mates Sterling and Foden are among the competition this month, along with Arsenal pair Bukayo Saka and Emile Smith Rowe, while Chelsea’s Mason Mount has previously been used high up the pitch by Southgate, too.

The England boss highlighted Grealish’s lack of international goals in October. “The big challenge is to start registering those numbers that our other wide players have been able to produce over a period of time,” he said. While Grealish scored his first goal for his country in the next game against Andorra, his return of one in 18 is way down on his rivals for those wide forward positions.

FREE TO WATCH: Highlights from the goalless draw between Crystal Palace and Manchester City in the Premier League.

Southgate added last autumn that he believed Grealish had the ability to step up his output in the future, and Sky Sports pundit Gary Neville has pointed out Grealish isn’t the first player to struggle to hit their best form during their first season playing under Pep Guardiola.

Raheem Sterling and Bernardo Silva both kicked on after tricky first years working with the City coach, while Sergio Aguero’s shift in style was another example of the distinct demands Guardiola places even on players who have proven they can do it at the top level.

“When a player leaves a club where the expectations and standards aren’t as high, it shocks them,” Neville said on this podcast after Grealish put in an encouraging performance in this month’s Manchester derby.

“You have to come through that initial shock of coming as a £ 100m player, thinking ‘we have 75 per cent possession and I’m going to have assists and goals’. It does not quite happen like that.

“There’s a little bit of having to get used to Pep Guardiola’s system and we’ve seen a lot of players thrive in their second season who have needed the first 12 months to bed in.

“There have been times where he’s not been moving it quick enough without doing anything and passing it back to the left-back. Sometimes, he’s not put the hard yards in, but I felt [against Manchester United] the penny dropped. It looked to me like he was more athletic, more positive and direct in his play. “

Grealish will need to bring those attributes to England’s camp this week. The World Cup is still some way off and Grealish’s reputation remains high. But England’s alternatives in attack means no one – not even the £ 100m man – can be assured of a starting role.