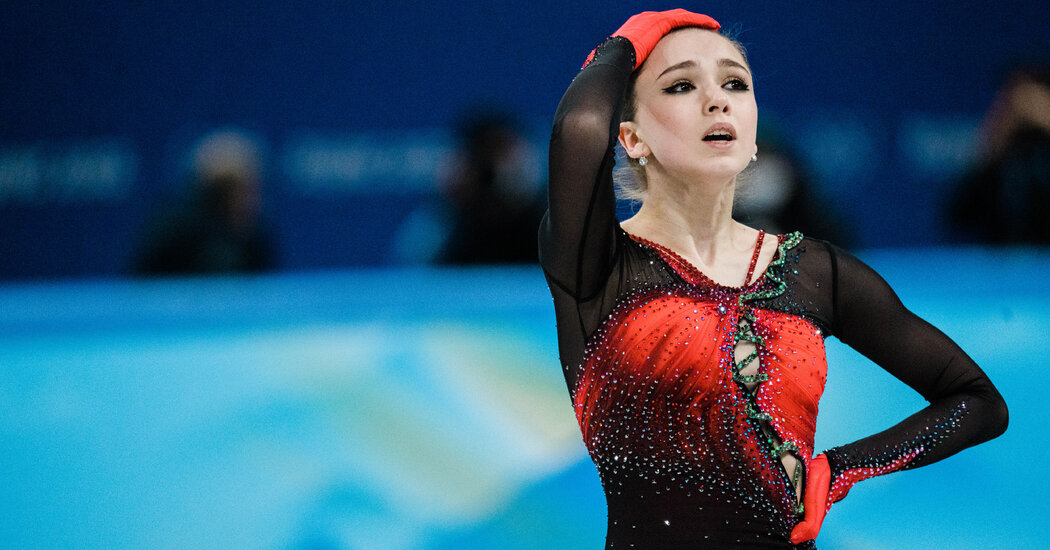 The announcement that Kamila Valieva, the 15-year-old Russian figure skating star, had tested positive for a banned substance echoed another dark Olympic era. And it sent a chilling reminder that female athletes in certain sports have long been considered disposable in countries that support state-sponsored doping.

From the late 1960s until the late 1980s, East Germany, a country of fewer than 17 million people, kept pace in the Olympic medal chase with the United States and the Soviet Union with systematic doping known by the bland euphemism “Supporting Means.”

The steroid Oral-Turinabol was often given to young female athletes without their knowledge or consent under the guise of “vitamins.” Some have reported long-term health problems, believed to be linked to steroids, and birth defects like clubfoot in their children.

When a rival swimming coach noted at the 1976 Montreal Olympics that the voices of East Germany’s dominant women seemed uncommonly low – a sign of steroid use – an East German coach responded, “We came here to swim, not sing.”

A similar attitude appears to persist in Russia three decades after the collapse of the Eastern bloc and less than a decade after its own state-sponsored doping system was revealed at the 2014 Olympics in Sochi. The drug in Valieva’s case is different and less severe but, seemingly, not the continued vulnerability of female athletes in sports like figure skating.

“Let’s also be clear that doped athletes in Russia are, in many ways, victims, too,” Grigory Rodchenkov, a chemist who helped devise, and blew the whistle on, the elaborate doping system used at the Sochi Games, wrote in The New York Times in 2017. “In the Russian system, they do not have much choice but to cheat, even if some did so enthusiastically. Many, even most, would prefer to compete without doping, without the constant fear of getting caught. ”

We do not yet know the circumstances of Valieva’s use of trimetazidine, known as TMZ, a heart medication banned in sports out of concern that it can illicitly enhance endurance and stamina through increased blood flow. Did Valieva take the drug unintentionally in over-the-counter medication? Was it contained in an improperly labeled supplement? Or, as seems most likely to antidoping experts, was she given TMZ purposely by an official, coach or physician in her factory-like training group in Moscow, where a handful of skaters were available to take Valieva’s place if she faltered?

Katarina Witt, the Olympic skating champion in 1984 and 1988 for East Germany who has long denied any involvement in the country’s doping scheme, wrote on her Facebook page that Valieva appeared blameless. Young skaters follow the advice of their coaches and medical team and “trust they know what’s right and wrong,” Witt wrote. Any adults found to be responsible in the Valieva case, Witt wrote, should be barred from sports “forever.”

Doriane Lambelet Coleman, a Duke law professor who was an elite 800-meter runner in the 1980s and competed during a time of rampant East European doping, has watched the Beijing Olympics from afar. It appears to her that the Russians are attempting to maximize Valieva’s power and strength at the “magic moment” before puberty brings the development of breasts and hips, which can make it more difficult to complete the four-rotation jumps at which the teenager is revolutionary .

“You’ve got this window and there is an expiration date,” Lambelet Coleman, an expert on sex and gender in sports, said Saturday. “There is this point around 15 or 16 when it’s over. And at that point they are disposable. ”

Steven Ungerleider, a sports psychologist in Eugene, Ore., And the author of a book about East Germany’s doping machine called “Faust’s Gold,” said Saturday of the Russians, “There’s a high probability they stole a page from the East German training book and because of her age, she had no idea what was going on. It may have been sold to her at this young, vulnerable age as a ‘vitamin.’ ”

Given Valieva’s age, she may ultimately receive only a warning, not a ban, from skating. It is possible she will keep the gold medal that she helped Russia win in the skating team competition and remain eligible as the heavy favorite to win the women’s singles competition that begins Tuesday. But her young career has fallen into a dizzying spin.

Valieva’s positive drug screen, which occurred on Christmas Day, was only brought to light six weeks later, after the Olympic team skating event. This was a “catastrophic failure” of the anti-doping system, deliberately or because of incompetence, Travis Tygart, the chief executive of the United States Anti-Doping Agency, has said repeatedly.

Now, the World Anti-Doping Agency, the International Olympic Committee and skating’s world governing body are seeking to have Valieva provisionally suspended. A ruling is expected Monday by the Court of Arbitration for Sport.

“I think we should have a lot of sympathy for these young athletes who are really victims of a state-sponsored system,” Tygart said.

Whatever the outcome, Valieva seems to have been betrayed by everyone who was supposed to keep her safe. The Russian skating apparatus. Anti-doping officials. The International Olympic Committee, which continues to be criticized because it never made Russia pay significant consequences for state-sponsored doping – and “likely incentivized it,” Tygart said – just as the IOC looked the other way with East Germany.

“It feels abusive, the whole thing,” said Lambelet Coleman, the law professor. Fifteen-year-olds do not go out and find this stuff. There’s probably a system behind this. She probably did not know what she was doing. The fact that her doping sample from Dec. 25 was not tested until Feb. 8, the day after they won gold, it’s just all wrong. It feels like she is a victim in this rather than a perpetrator. ”