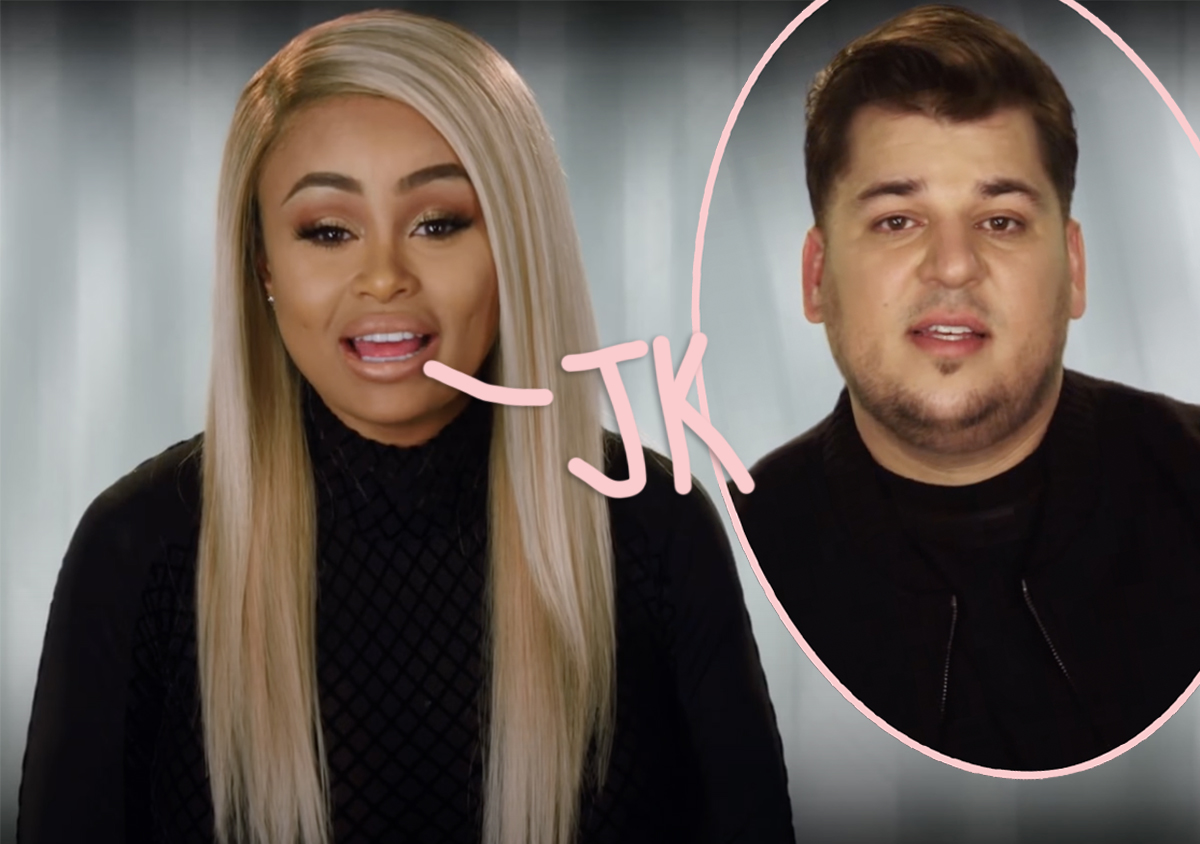 Blac Chyna has been put in the hot seat in her ongoing civil trial against the KarJenner family.

Of course, the famous fam had previously been sitting through some ugly moments in court as the judge and lawyers worked to select the jury… But on Wednesday, it was Chyna’s turn to take center stage – and it was definitely dramatic.

Chyna testified about the events that occurred on the night of December 14, 2016, when she and Rob Kardashian evidently had a huge blow-up that led to the eventual scrubbing of season 2 of their reality TV show, Rob & Chyna.

As we’ve been reporting, that fateful December night is crucial to both sides’ legal claims about the aftermath. Chyna is arguing that Kris Jenner and the gang – specifically Kim Kardashian, Khloe Kardashianand Kylie Jenner – unduly influenced producers to nix her future reality TV opportunities, leaving her in the lurch for big bucks because of it. Meanwhile, the KarJenners are claiming Chyna’s allegedly violent actions on that December night is what threw the whole TV project into disarray.

So when Chyna took the stand, she was asked to speak about one apparent activity that night back in 2016: when she purportedly pointed a gun at Rob! The 33-year-old public figure took questions from her own lawyer, Lynne Cianiand testified that she was just “laughing and joking and being silly” with the gun on that fateful evening.

“I was joking… I would never shoot Rob.”

She testified that she saw Rob’s gun on the dresser of their bedroom and picked it up while he was FaceTiming with friends.

“He said he did not have any bullets and it was not loaded.”

Her lawyer Ciani then asked:

“What did Rob do after you picked up the gun from the dresser? Was he fearful? ”

To which Chyna responded:

The KarJenner family attorney, Michael Rhodes, earlier explained to the jury during opening statements on Tuesday that one of Rob’s friends on the FaceTime call apparently saw Chyna “put a gun to his head.” Rhodes also told the jury that some type of evidence will apparently be introduced later in the trial to that effect.

Another key claim in the KarJenner fam’s legal argument is that Chyna supposedly tried to strangle Rob with a phone cord. She alleged on the stand, however, that she was “just being playful” when she put it around his neck – and there was no violent intent behind her action.

Related: Rob Is Trying To Lay Low As The Blac Chyna Civil Trial Takes Over The Headlines…

Now, Chyna did admit that she and Rob had a big fight on the following day, December 15, after first receiving news that season 2 of their show was in the works. Dream Kardashian‘s momma – who was pregnant with the little girl at the time – testified that Rob had approached her about infidelity:

“He accused me of talking to other people and cheating. I always had to reassure him yes, this is your baby. ”

Rob’s ex, whose real name is Angela Whitetestified that she even offered to take a DNA test to prove the baby was Rob’s – and to film it for an episode of Rob & Chyna – which evidently was rebuffed.

Just like they were at the very start of jury selection, Kris and her daughters were all seated front and center for Wednesday’s testimony. According to DailyMail.com, all four “watched intently” as Chyna continued to sit through “what’s expected to be” more than 10 total hours of sworn testimony on the stand.

The trial will continue on Thursday…