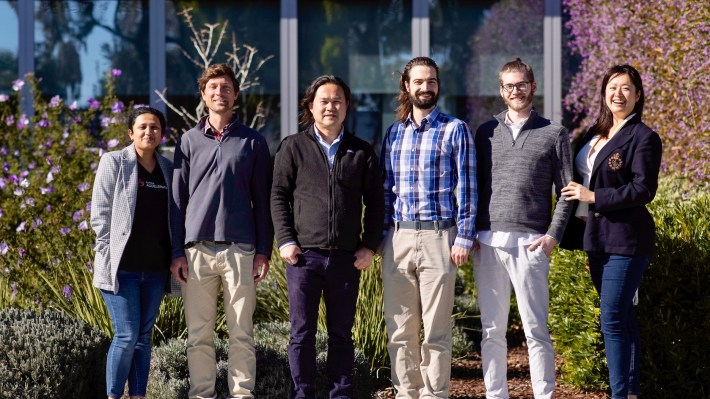 Enticing people to change their eating habits, especially to try alternative meat products, is a challenge for food tech companies because people want that product to taste, smell and feel like actual meat.

Yali Bio is one company that thinks it has cracked that code by focusing on designer fats for plant-based meat and dairy products. It is building a platform to tailor-make fats aimed at enhancing the flavor of alternative meats.

The process involves synthetic biology, deep learning and genomics tools that produce fats that are more sustainable than the current oils, like coconut, that are used in plant proteins, but also mimic animal-based analogs in terms of flavor and texture, CEO Yulin Lu told TechCrunch.

“It is clear to me that the product quality and consumer experience has reached a plateau,” Lu said. “We see successful brands in the space of meat, but it is hard to go beyond that. There are so many premium meats people like, and the key missing component is the fat to elevate the quality of the product. ”

He explained that nearly all companies use coconut oil for the replacement of fat in plant-based meats. It’s not the same flavor as meat, so food manufacturers have to add flavor additives that lead to not-as-good-for-you ingredient labels. With its technology, Yali Bio aims to create a broader selection of functional fats to “unlock the market, which is limited by product quality and consumer experience,” Lu added.

Now that it has identified fats as what is needed, the company is working on how to make fats into a product system that is highly efficient. There are different systems and approaches in use currently, including using animal cells or fat tissues.

Yali Bio is instead taking a precision fermentation approach using microbes. It is building a proprietary technology to build up a microbial strain library and test them out. Getting to the next step is to demonstrate the fermentation bioprocess by running the strains in fermentors as part of pilot programs to prove production at a small or intermediate scale.

Those next steps led to the company going after some capital. Lu participated in an accelerator program for the last six months and is in the process of building a new laboratory. The startup raised $ 3.9 million in seed funding in a round led by Essential Capital, with participation from new and existing investors Third Kind Venture Capital, S2G Ventures, CRCM Ventures, FTW Ventures and First-in Ventures. Stephanie Sher and John Goldsmith also participated as angel investors. The funding brings Yali Bio’s total funding to $ 5 million to date.

Part of the funding will go towards the lab, but also into the company’s synthetic biology component, product development, identifying business partnerships, marketing and recruitment. The company currently has seven employees and a number of open positions in the area of ​​product, food science and fermentation that should help Yali Bio to be around 12 people by the end of the year.

Though Yali Bio’s technology will take time to get up-and-running, Lu said it is not unlike other approaches. For example, the cell-based approach was in the first wave started over seven years ago, and some are at pilot scale or have limited release in restaurants, like Eat Just, or with food makers, like The EVERY Co, which is also using precision fermentation.

“We know what we can do with the existing team and we want to add additional capabilities to take the company from the biotech R&D company to having tangible products,” Lu added. “We want to demonstrate with precision fermentation that we can get to tangible products and samples much faster compared to other technologies. It depends on the regulatory process, the finished product and the technical complexity, but we think we can do it in two to three years. ”

Meanwhile, Edward Shenderovich, managing partner at Essential Capital, said most investors are new to the food alternative space, especially to the world of synthetic biology being applied to food as the technology has matured.

He believes we are at the forefront of a fourth agricultural revolution, where every one previously led to lower costs and increases in product volume and quality. This fourth one is led by bio manufacturing and will be a massive change in supply chains and value creation opportunity for those involved, he added.

“Anything that enables us to move from an animal-based agriculture to an animal-free world using bio manufacturing is a worthy pursuit,” Shenderovich said. “Yulin identified an important pain point in the adoption of plant-based, fermented and cultivated food. Most cultivated meat is just proteins, and we like to eat fat. Fat has been demonized, but it is making a comeback. ”