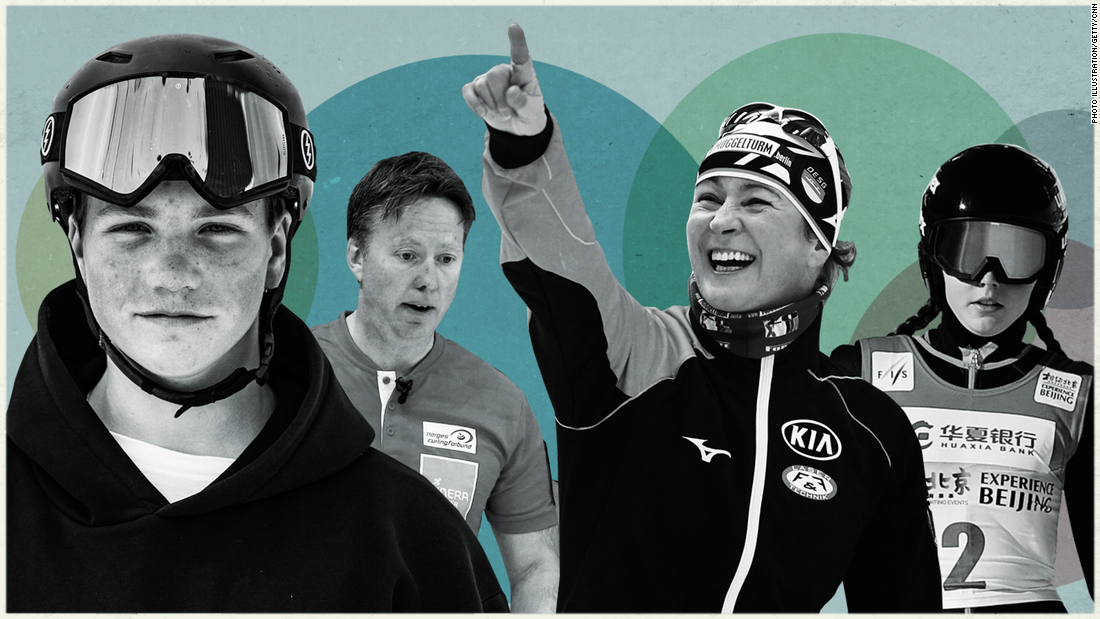 All information was confirmed by the International Olympic Committee (IOC) and was correct at time of publishing.

At just 15 years and six months, Anezka Indrackova will be the youngest athlete competing in Beijing.

Unsurprisingly, the Czech ski jumper does not have a lot of experience of elite competition, with this being her first year competing on the international senior level.

However, she may hold a small advantage over her rivals having already competed on the Olympic jumping hill during a test event in 2021.

“It means to me that I will fulfill my life dream so soon. It never occurred to me that I would succeed at the age of 15,” she said.

“I’m really grateful for this opportunity and I’m really looking forward to it. After all, it’s an Olympics.”

Indrackova is not the only 15-year-old female competing this year, though.

Figure skater Kamila Valieva is just over two months older than Indrackova and the Team ROC athlete is one of the favorites for a podium finish after taking the sport by storm in her first year on the senior circuit.

Capable of moves such as the triple axel and the quadruple toe and Salchow jump, Valieva is one of the most exciting young talents in the world of figure skating and broke the world record total score.

READ: What is Team ROC and how can Russian athletes compete at the Olympics?

The freestyle skier will be competing in the halfpipe discipline and is excited to compete on the global stage.

“Halfpipe fits my personality: high octane, precision, expression, opportunity for progress, competitive,” said freestyle skier Legnavsky, who will be competing in the halfpipe discipline, ahead of Beijing 2022.

His father, Pete Legnavsky, was also a skier and competed at the 1993 World Championships while his mother was also an extreme skier.

Gustav has been in skis for as long as he can remember and has been honing his skills ahead of the Games in Switzerland where his dad is coaching him.

Despite his young age, Legnavsky has already competed at the 2021 World Championships and broke into the World Cup top-10 earlier this year.

A podium finish will be the aim but, regardless, the future looks bright for the 16-year-old.

German speed skater Claudia Pechstein is the oldest competitor – male or female – in Beijing this month.

And after competing in the women’s 3000m gold medal race on Saturday, the 49-year-old Pechstein now shares the record for most Winter Olympic appearances with legendary Japanese skier Noriaki Kasai having already competed in seven previous Games.

The 49-year-old, who was a flag bearer for Team Gerrmany at Friday’s Opening Ceremony, has a wealth of experience on her side and has won nine Olympic medals during her lengthy and controversial career, including five gold medals.

Pechstein was given a two-year doping ban after she returned irregular tests in 2009 but has consistently denied taking performance enhancing drugs – the Court of Arbitration for Sport confirmed her suspension.

She may not be at her peak anymore, but an eighth Winter Games is something to note and no other woman has managed the feat.

Pechstein finished last in Saturday’s gold medal race, but she celebrated with a double fist pump and smile.
“I was not too fast, but I smiled because today I got my goal to race in my eighth Olympic Games. This was important to me,” said Pechstein.

“Yesterday I carried the flag. It was an amazing moment, a top moment in my career.

“The result of today was not so important, it was just to race and to be here. I am super proud.”

Norwegian curler Torger Nergaard is the oldest male athlete competing at Beijing 2022. It will be the 47-year-old’s sixth Winter Olympics, his first coming at Salt Lake City in 2002 where he won a gold medal.

He’s yet to repeat the success from his debut Games but has never been too far away – he picked up a silver medal at Vancouver in 2010.

Nergaard has been targeting this Winter Olympics for a while and says it could be his last.

“It might be the end, I do not know,” he said. “It’s been a goal for a year now to make the Olympics.

READ: What it’s like to fly into Beijing’s Olympic ‘bubble’

Oldest and youngest in history

The youngest competitor in Winter Olympics history is still British figure skater Cecilia Colledge, who competed in the 1932 Games at Lake Placid at the tender age of 11 years and 73 days.

According to Olympics.com, Colledge’s family had huge aspirations for their daughter and she was taken out of school to train in Norway before returning to London to work with a full-time coach.

She finished eighth on her Olympic debut but earned silver four years later at the 1936 Games in Garmisch-Partenkirchen, Germany.

Her life then took an unexpected twist as she worked as an ambulance driver during World War II but returned to the sport to win her sixth British title in 1946.

She remains Great Britain’s youngest ever Olympian and is still the youngest Winter Olympian to date.

READ: US gold medal hopeful in race against time after positive Covid test at Winter Olympics

The oldest ever competitor at the Winter Olympics is still Swedish curler Carl August Kronlund.

Not a great deal is known about the man who created history by competing at the 1924 Games at the grand old age of 58 years, 155 days.

He also became the oldest Winter Olympian to win a medal after his team won silver in the men’s curling final.