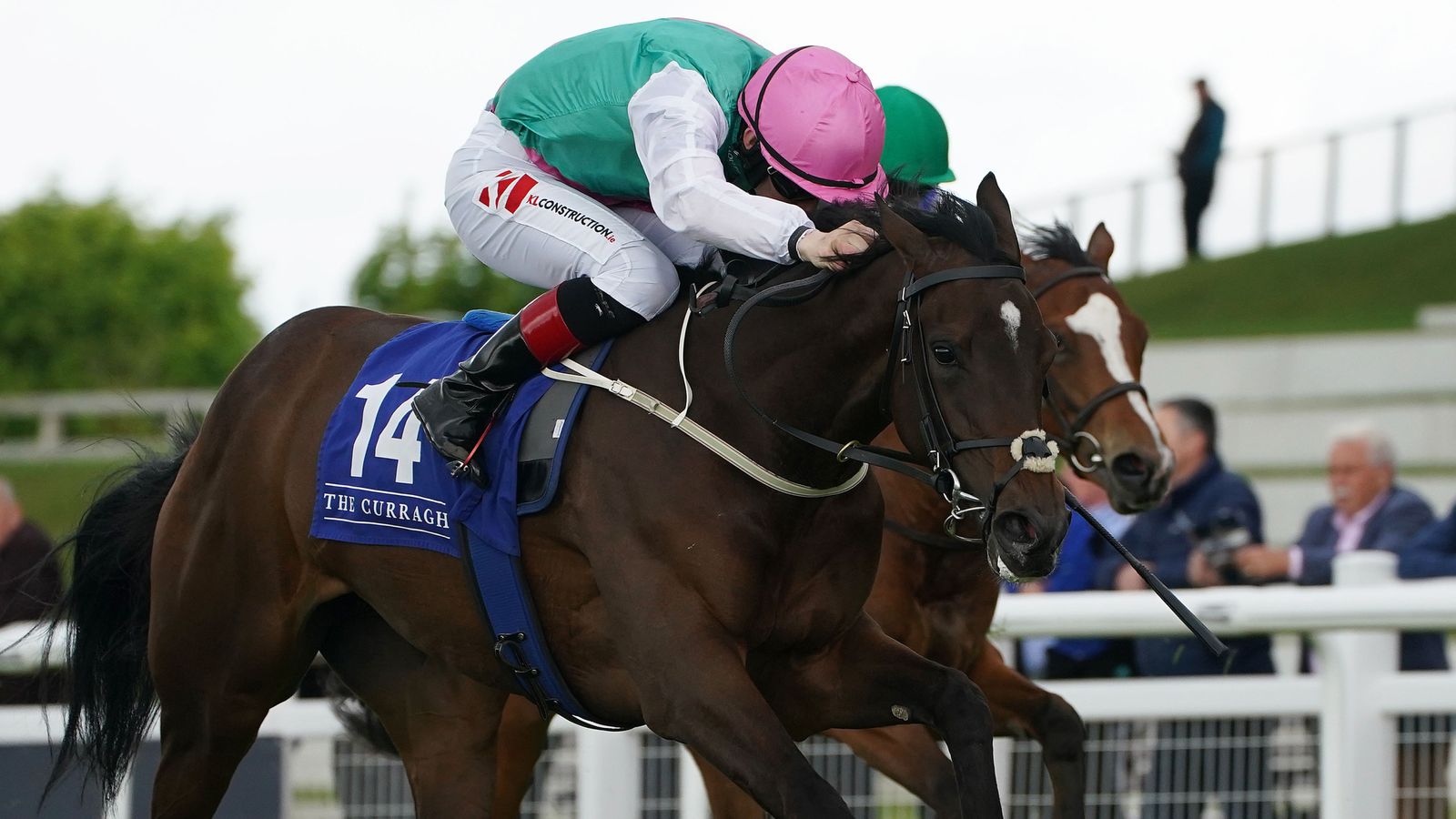 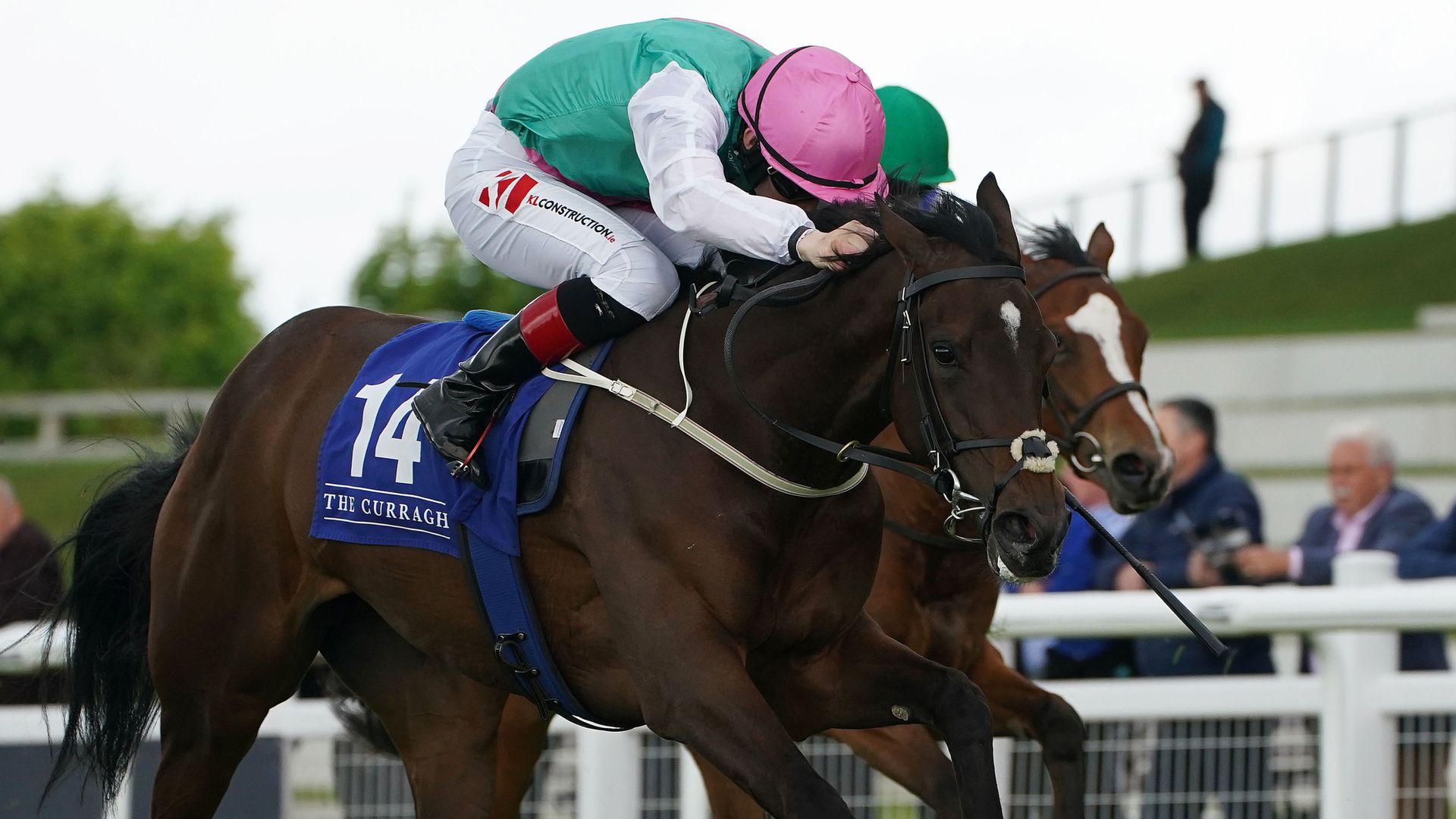 Zarinsk showed plenty of determination to make just about all the running in the Tally Ho Stud Irish EBF Fillies Maiden at the Curragh.

There was not much form to go on among the 13 runners meaning plenty of guesswork was needed but the fact that the two with previous experience, Finsceal Go Deo and Tanaiyla, were ultimately well beaten suggests the front three, who pulled nicely clear, all look above average.

Plenty of attention pre-race was on Michael O’Callaghan’s Olivia Maralda as she cost 460,000 guineas and is owned in a partnership which includes Amo Racing and the footballer Philippe Coutinho.

She was sent off the 2-1 favorite, with Aidan O’Brien’s Never Ending Story next best in the market at 3-1, and it was that pair who gave chase in vain to the Ger Lyons-trained 8-1 winner, who runs in the Juddmonte silks.

The Kodiac filly took two lengths out of her pursuers entering the final furlong and gave plenty for Colin Keane, holding on from the favorite by a neck.

“She’s a lovely, honest filly but she has not come in her coat. I’ve been very patient with my fillies and it’s great to start one here this weekend,” said Lyons.

“There is so much improvement in her coat-wise and everything, and she’ll be better on nicer ground.

“She had to do it the hard way which I do not like doing, but when Colin is riding them he has free rein to do what he wants.

“What she has learned from it we will not know because she had to do it all on her own, but she hit the line strong. I can see buckets of improvement because she is still very much a work in progress.

“I will not rush her back, she will tell me. The one thing Colin said is she rides weak so we will bear that in mind.”