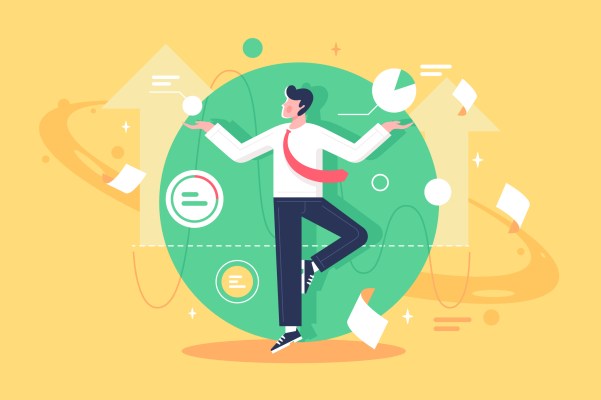 Zero Systems launched seven years ago with an idea to bring automation to professional services like law firms. They wanted to focus on speeding up manual tasks, rather than moving large volumes of information, to help lawyers work more efficiently.

They came up with an AI-driven system that can identify work product on a lawyer’s work systems like their inbox or messaging apps, classify it according to client and project and then move the different kinds of information into adjacent systems such as a document management system or a time management system. The idea was to eliminate a lot of the dreary manual tasks that are part of every lawyer’s day.

“We focused on the high value processes where a cognitive component was required to mimic the decision making process of a human user,” company co-founder and CEO Alex Babin explained.

For lawyers, that starts with governance and properly filing content as it relates to the client and project they’re working on, and moving it into a document management system or client management system automatically. Next, it looks at time management and tracking the lawyer’s time in an automated way and finally it includes a security component to help keep all of that information secure.

The system largely targets unstructured data like documents, emails, messages, files and so forth where they live on a laptop, smartphone or other device with the goal of organizing information automatically. It’s worth noting that the solution is installed in the customers’ facilities, rather than in the cloud, says Gevorg Karapetyan, the startup’s CTO and co-founder.

This is partly for security reasons and to meet the requirements of their customers, but also because the data gets processed at the point of ingestion on the edge device the professional is using. “So basically, we bring machine learning and data processing to where the data is, not the other way around. We do not see that as a limitation, but as a feature in our use case, ”he said.

Over time, they realized the solution would also work for financial services and consulting professionals, who used similar types of systems that would work well with the classification system they had created.

The company launched the product two and a half years ago. It is making headway with the AmLaw 100, the largest law firms in the United States, with 11 customers online using the product and another 10 piloting it. They went from around 25 employees at the beginning of last year to almost 80 by the end of year, more than tripling head count.

Babin says that as they build the company and add people, they are focused on building a diverse company, not only because it’s the right thing to do, but because clients expect it. He says part of that is looking outside of tech for people with skills which might be applicable to their mission.

“We bring in people from other industries who want to go into tech, and give them an opportunity to learn a job, which I believe is very, very important. So that’s how we address things because there’s so much we can learn from different cultures, different different backgrounds, ”he said.

As Zero has gained traction, it required more capital. and today announced a $ 12 million Series A today to help keep building out the platform. Today’s round was led by Streamlined Ventures with participation from 468 Capital, AltaIR Capital, PBJ Capital, Gutbrain Ventures, s16vc, AiSprouts VC, Paul Grewal, and others.